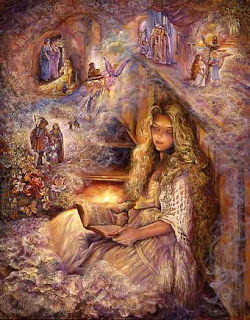 Last Friday I went to see 300 with James. He had offered to burn the soundtrack for me and I’ve been listening to it non-stop ever since. I even fall asleep to it! This might explain all the crazy, lucid dreams I’ve been having. 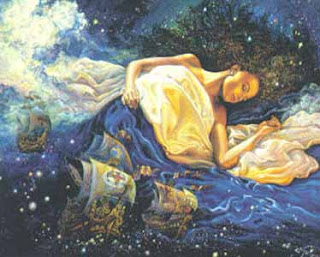 Yesterday, my alarm buzzer went off and I thought someone was choking me from behind with a rope. I quickly did a left elbow thrust, followed by one mean karate chopped to the snooze button and went back to sleep for 30 minutes. 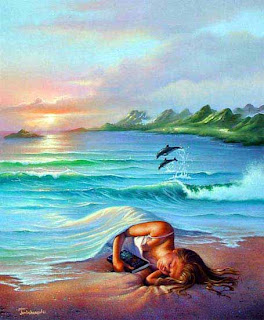 A few nights ago I had a dream like the ones in the Carlos Castaneda books. I was on the beach very close to the crashing waves. I was absorbing the sun rays on a lawn chair and could feel the mist of the ocean water trickle onto my body. I looked to my right and there were three friends, equal distance apart from each other also taking in the sun on lawn chairs. The life guard was an announcer explaining the rules of the game and the significance of this day. I remember feeling so confused with all the activities going on and feeling like I should know what it going on, but was clueless. I looked out into distance, where the ocean meets the sky and could see 4 people walking on the water towards the shore. They would change from beautiful, seductive creatures to hideous things, like the ones on Pirates of the Caribbean. All of a sudden, this huge wave came crashing down on me and one of the 4 creatures talked to me. I couldn’t understand what it was saying because I was still underwater and could only focus on the bubbles coming out of its mouth. When I surfaced I could see tons of spirits rolling with the crashing wave and going to shore. I had a sense of urgency and swam as quickly as I could to catch up. I remember running to the local restaurant and noticing how difficult it was to running the sand. I looked around and no spirits to fight and then something spun me around. It was my best friend asking it I was ok and what happened, as he removed kelp from my hair. I woke up drenched in sweat.
Man, do I have an active imagination, especially in the dream world. And to think… I WAS sober! I guess this is all a product of listening to the 300 soundtrack, practicing martial arts like crazy and reading too many Carlos Castaneda books.

Wow those are some Gnarly dreams!!! Yea the 300 sound track is pretty dark sounding so I can imagine that if you fell asleep with it on that it could trigger quite a weird dream!

Glad you're enjoying the soundtrack though! :) After listening through it I also have a hard time figuring out how you could possibly fall asleep to it!

I thought lucid dreams are dreams in which you know you're dreaming and therefore could control the dream.

I was talking about lucid dreams with the boyfriend earlier in the week (another koinkidink!). The conversation first started when he was surprised to find I dream in color. I told him I learned in 5th grade GATE that blind people dreamt in color, and that not everyone who can see dream in color. So that night, after learning this fact, I dreamt that I was in my house, and I remembered the fact I'd learned, so I walked to the coffee table in the living room, put my hands on the surface, and leaned my face in real close, trying to see if the coffee table in my dream was in color or B&W. And I was frustrated cuz it was dark in the dream so I couldn't see any colors, and I couldn't tell if it was a B&W dream, or if I was dreaming it was nighttime.

I've had other lucid dreams, too, where I deliberately made myself wake up or change dream locations cuz I didn't like the dream I was having.

Cindy - Dream Control is just a part of lucid dreaming. Carlos Castaneda books talk a lot about it. The first step is to recognize that it is a dream and there are exercises that teach you how to take control of your dreams. These dreams were as if it was happening in the "awake" world. The ocean one was so draining!

That is so cool that you do dream control. Not too many people I know have heard about it or have ever practice it. You are one special gal, you know that?

It's unusual? I was doing it since elementary school.

Sometimes in a dream, I'm not *sure* it's a dream so I'll hestitate before doing something, cuz what if it isn't a dream and I break a leg or something? And then I wake up, realize it WAS a dream, and then kick myself for not being more adventurous.

Cindy - you are on advance soul, but that doesn't surprise me!