Ok, I have been dying to show part of my gift to Santa, but since I know she reads this blog I couldn't post until now... 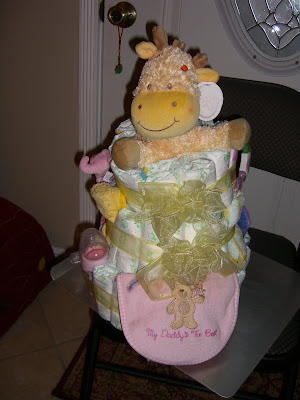 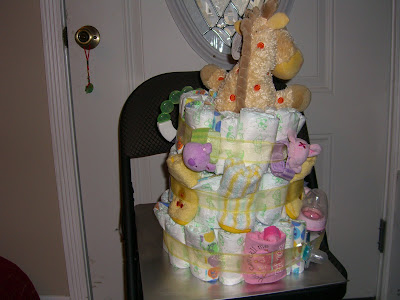 When Santa first told me she was pregnant I bought her baby shower gifts right away (I know I was a little excited) and while ordering them I noticed different diaper cakes. They are made of diapers and have baby stuff throughout them. I saved the picture and decided to make one when her party came up. Now almost eight months later I was able to make my creation. I bought some little stuff she registered for and 48 diapers later was this 3-tiered "diaper cake!" I was so happy that it came out good!

There were people at the baby shower that I hadn't seen forever. One was Carmen from earlier posts and she nudges me and says "Hey, I heard about you and Jay!!!!" I was thinking of recent events, but didn't know what she was talking about. Well, she was referring to us getting together. Has it been THAT long that I had seen her?? That the "new" news is that Jay and I are together? Haha! It's been like 9 months since we hooked up!

My oldest sis was sick, but my niece and sister made it out. My Mom arrived later on, but she is sick too, so didn't stay that long. 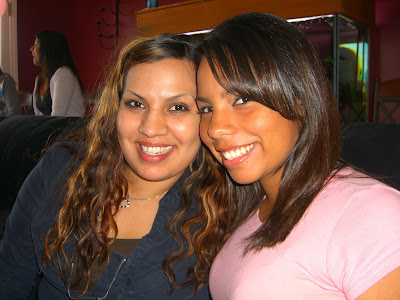 Here's the mommy to be! We were at the food table and boy was it filled with yummy stuff. There was a chocolate fondue and all these fruits and pastries cut up really tiny, so you could dip into the chocolate and not feel so guilty. I must have had 10 pieces of pineapple and angle food cake with that chocolate. Oh and I had my first Hard Lemonade. It had like 5% alcohol,but strangely enough after 4 of them, I was a little buzzed. 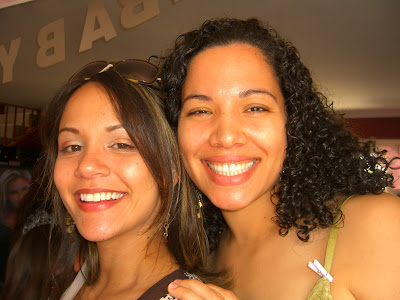 During one of the games, I was taking pictures and notice something. The cutest thing ever!!! Santa had put a name tag with for her baby in her tummy, "Madison." 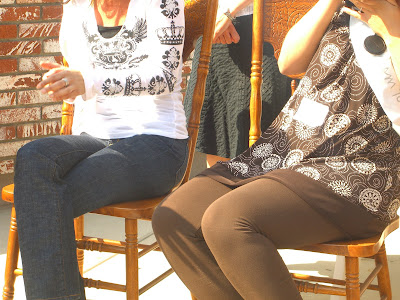 It's not like I have been to a lot of these types of parties, but this game is always a crack up. The person has to pick up cotton balls and since they are so light, the person can't tell whether they have a lot of none at all. It's a riot to see people try to delicately put a spatula of nothing inside the bowl on their head. 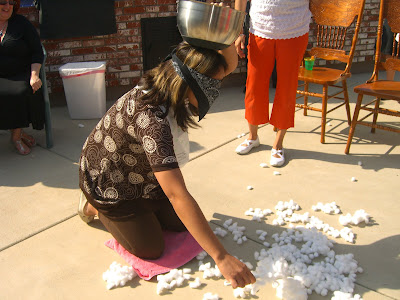 And Santa made out like a bandit with gifts! Talk about the true being of a shower, she was showered with so much love, visits from friends and family and baby Madison was showered with a lot of stuff to come into the world with! 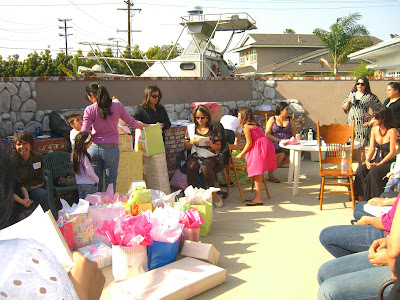