The city.. the old and the new

The night before at the bar there was a huge discussion about the new Yankee Stadium and once people heard I was not from NY, they insisted that I see it. I didn't get to experience the inside because no games were playing, but I toured the outside. 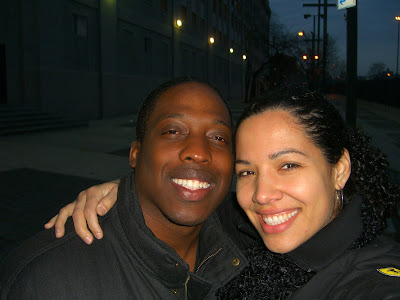 It was getting dark and from what I was told, it's not the safest part in the Bronx. But I did have my honey to keep me safe! 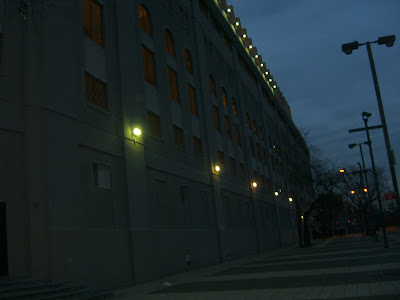 This is the "old" Yankee Stadium. The sign to it faces the freeway/highway. 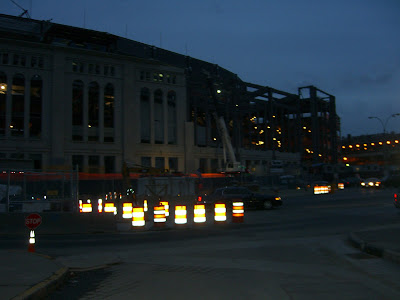 And this is the new Yankee Stadium. The talk of the town is how there is 5,000 less seats and more luxury seats. People were saying it's becoming commercial, but that's what Harlem needs. I guess there are people whose job is to wake up early the day of a game, park there car in a prime parking spot and drink beer on the roof. As people need parking, they sell them the spot for like $50.00 and "watch" their car. Just blocks from the stadium if you park your car, it can and will be stolen in minutes!!! 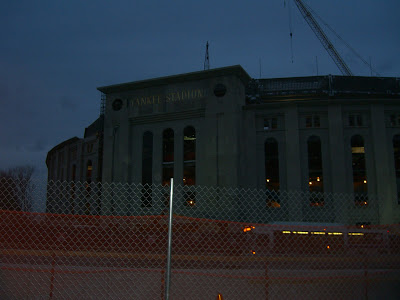 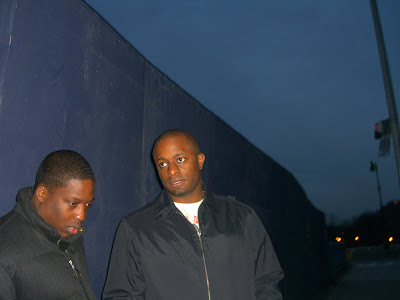 Jay and his bestest buddy, Lyphe were talking and I snuck a picture. Gottcha! 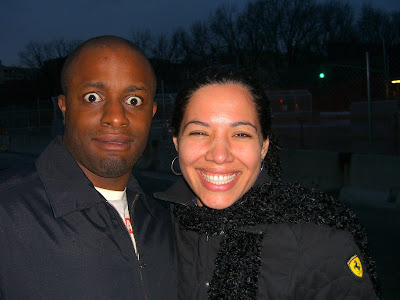 Lyohe decided to be a good sport and take a picture with me. Little did I know he was being silly. Haha! 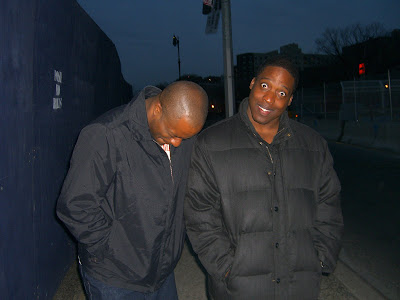 And then Jay decided to copy him! Lyphe was going to do it to, but couldn't make a straight face. 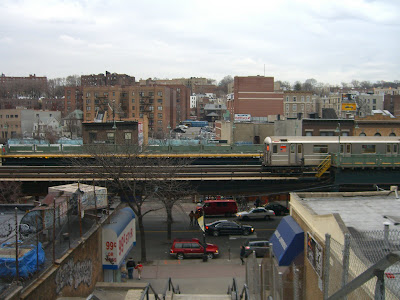 Earlier that day we were walking around and I thought it was neat how the train is right above the street. It's not like that in Cali! 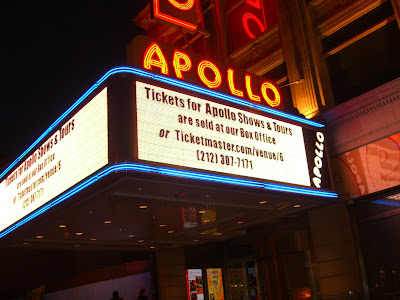 We drove my the Apollo, too! Didn't have time to watch a show, just enough time to snap a picture as we went off to get food!
Posted by Jane Doe at 10:05 AM

What a bunch of goofballs! Jay and Lyphe's photos made me chuckle.

That's the way it was the entire time! I had to be told not to believe anything that Lyphe says cuz he's a jokester, too! Imagine me surprise of when I wanted to see the picture afterwards and saw him all bugged out. Haha! Made me chuckle, too! :)

WoW looks like fun! YOU DINT GO TO THE APOLLO??? oman! I would have love to go. I watch that show really late at night! Love it! How fun! Looks really nice in NY

WoW looks like fun! YOU DINT GO TO THE APOLLO??? oman! I would have love to go. I watch that show really late at night! Love it! How fun! Looks really nice in NY

I don't even know what the Apollo is! I feel so out of the loop... what is it? Jay point to it and told me to take a picture and I felt retarded cuz I didn't know what I was taking a picture of, but knew it was something well known.