It’s been a crazy week, but I am enjoying keeping myself busy. Jay is almost completely moved in and things are finding its place. We have had some funny moments taking stuff to my sister’s house and Salvation Army at wee hours of the night, Jay making a racket and me thinking the cops were going to come and arrest us for dumping.
Friday night was my graduation celebration at Tapas. 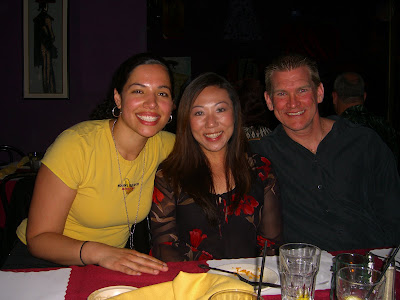 (Me, Cindy and Mr. W)
It’s a cute restaurant with a Spanish feeling to it. The walls are colored brightly and articles and painting of Spain are found through out. There are even Flamenco dresses up on the wall. My sister and some girls from her Flamenco school were performing that night, too, which added to the Spanish feeling. 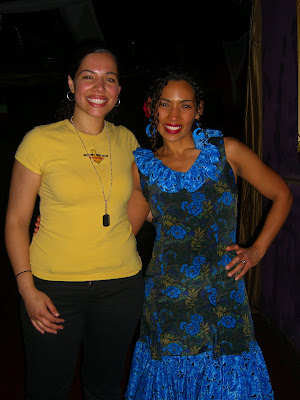 (Me and my sister, Sharon, who was one of the performers)

Cindy and Mr. W, my aunt, cousin, sisters, nieces, Jay and Jayla and my Mom all came out to join in on the festivities! It’s funny that almost everyone I greeted commented something along the lines that they didn’t know it was a causal dinner, because I was in my puma shoes, black pants, a fitted t-shirt and track jacket. Honestly, I had a wardrobe malfunction that evening. Two to me exact. I was planning on wearing a white, Spanish looking, halter-top dress, but with the rain I didn’t want to be giving everyone a show or be freezing, so I went with plan B. Of course, I didn’t try on plan B at my house and just put it in my overnight bag. It was a cute light blue sweater that my sis gave me, which was COMPLETELY see through and let’s face it, my family doesn’t want to see my goods. Since I was at Jay’s and had no other clothes, I went in my PJ shirt and causal clothes. 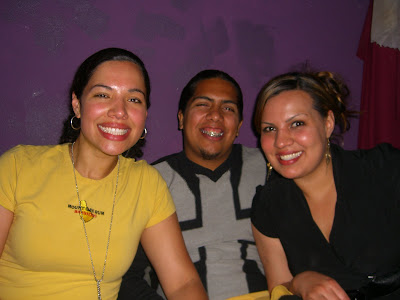 (Me, my bro-in-law and Messy Jessy)

Dinner was great and it had that homey feeling to it, like the feeling of Thanksgiving or Christmas dinner (not the food, but the feeling of it). It was random conversations, laughter and tons of pictures. For dinner I had hot tapas of stuffed roasted piquillo peppers with poached salmon and a salmon salad. It hit the spot!

During dinner Cindy was looking through my camera and bumped into this sequence of pictures from my grad day: 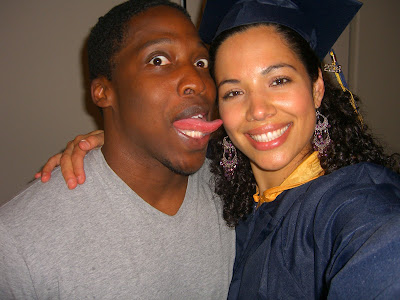 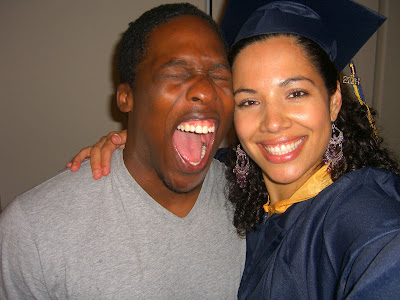 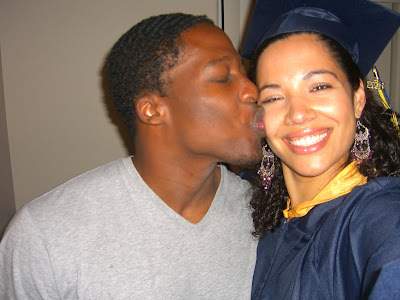 You might recognize the last one from two post ago. But who would have thought that it would take three tries to get Jay to have a "normal" pose. Jay isn't a fan of taking pictures, so will purposely make faces or bunny ears every chance he gets.

Towards the end of the show they have audience participation and naturally my sister who was performing called my up. My lil niece, Lizzy, and Jayla followed me up and we did a little Flamenco. Ole!

It was such a special night!!! 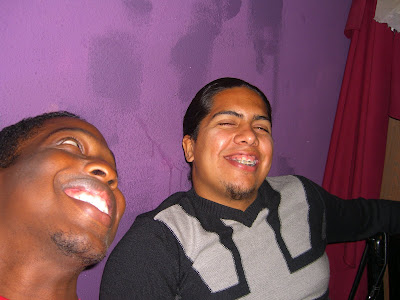 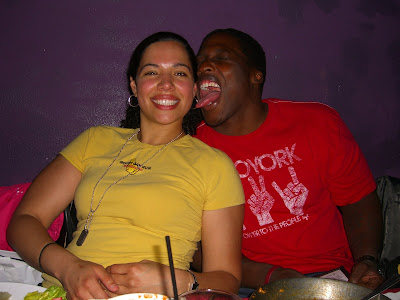 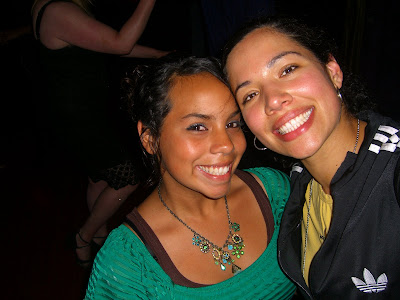 Those photos still make me crack up. I've gotta find the Calvin & Hobbes strip that these remind me of and make a photocopy for you guys.

I look so weird in that photo. This is the first time I got to see it without it being weirdly enlarged so that I could only look at an eyebrow on the screen at a time, and I think I look clowny.

P.S. I took that picture of you and Jay with Jay in the red shirt! It's so weird. I'm looking at the screen on the camera and you two look totally normal and perfect, I click, there's a flash, and when the screen redisplays the photo, I see THAT. Jay has his timing down perfectly.

You don't look clowny AT ALL! I like it! Yup, Jay has it down, but I am getting used to his face altering a little bit that sometimes I catch him before I snap the picture, attempt to take another one and he does it again!