Friday night was the eve of David's 21st B-day! My bro-in-law DJ's at the club and could get us in for free as long as we got there by 10:30PM. I told everyone to meet at the club at 10PM, just to be safe and texted everyone when I was leaving, so if they were not on the road, they better hurry the hell up! Jay stayed home with his daughter. He was originally going to come with, but after some bad news that his ex is planning on moving out of state with their daughter he was not up to partying. I totally understood and told him I would head over to his place afterwards.

I wore a repeat outfit, one ya'll have seen before. 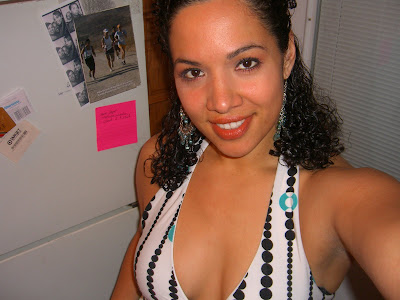 I got to the club right at 10PM and surprise, surpirse... no one in our party was in sight. Around 10:15 I saw David, Richet and Sensei-T drive up, park almost in front of me and make a bee line to the guest line. HELLO!!! You have to get in with me! I rush over there and wish the b-day boy a happy one! We get in and the manager has a stupid rule that even though you are on the guest list, if you are under 21 you have to pay $10.00 to get in. Talk about nickle and dimming! That means the b-day was getting charge. I was busy trying to get the b-day boys friends in cuz 1.) they were LATE! 2.) they did not "dress to impress" as the dress code requires. Who wears sneakers, a T-shirt, ball cap AND baggy pants to a club whose dress code specially states "dress to impress"?!?! *sigh* All were under 21 except David's cousin, so that might explain it. Any who, we got them in. Thank goodness that I know people! I hope someone spotted the b-day boy $10.00 for his entrance fee.

Once we got in we danced to everything playing. Three of the guys that came with break-dance to anything that played. It was quite comical to watch break-dancing being done to Spanish rock. My bro-in law kept giving shout outs to the b-day boy all night and I bought the almost 21 year-old a shot right were we got in, Patron baby! And at midnight a shot of 151!

Jay said we need to take him out again and get him trashed cuz out of all his friends I was the ONLY one that made sure the b-day boy had alcohol and water, for that matter. I left about 1AM so I could go see my honey. I got a text about 3AM from David saying Thanks! I'm glad he had a good time!


Sunday I skipped practice. I had a lot of homework to do, chores and a little surprise for Jay up my sleeves. I knew he had a lot on his mind with the potential move of his daughter, all the research he has been doing, the statics that say the odds are not in his favor, so I planned a little something when he got home to help him relax a little bit.

On the bed was some roses... hint for some after dinner love making! 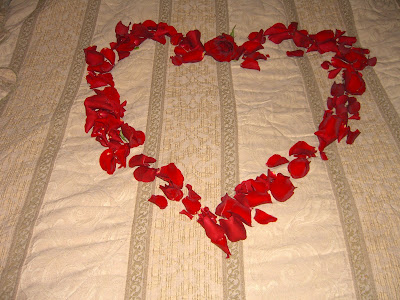 I made dinner and set the table up. I have never cooked salmon before and have it a shot. I combined two recipes and it came out tasty, which I was shocked that it did. I complimented it with Mediterranean rice and asparagus. 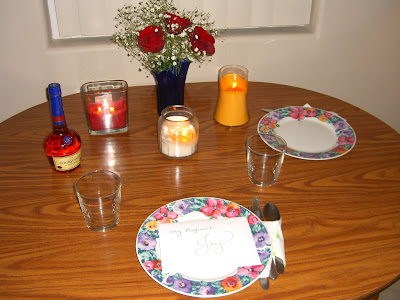 Oh... and I cooked peanut butter and chocolate chip cookies. I love the way they tasted fresh from the oven! 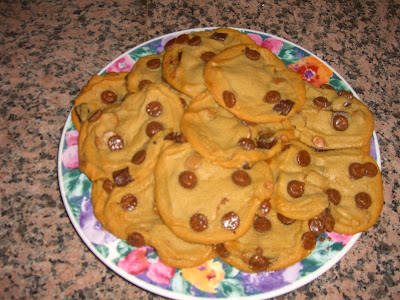 After dinner we had some R&R time with stress relief, masks. Jay did the chocolate mud mask and I did one that is a cloth with stuff that cleans your skin. We look ridiculous! But it was fun! 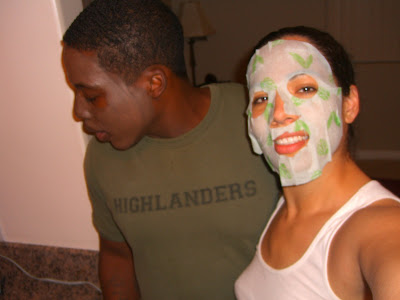 Youlook so pretty in the shrit! And that is crazy that they would charge $10 per underer! NOT COOL!! But i guess they really needed the $$$$. I think that you are so sweet to Jay! How did he like the cookies and food????

Thank you! I like that shirt and always get a lot of compliments when I wear it. Raly said that Friday's manger is a penny pincher, so it didn't surprise me.

Jay actually like the food and of course he digged the cookies!!! I was surprised that the salmon turned out so yummy!!!

Sorry about Jay's daughter. I hope things work out.

You look SMOKIN in your dress 2 impress get up!!

Love the masks--how fun!! and sweet of you to cook dinner!!

Man, I should have you do my makeup for the wedding!

Thanks... I felt pretty and it was nice to get dress up.

The mask were a lot of fun and funny to see Jay's start to dry and crack when he smiled.